Asst. Prof. Dr. Abdulwahab Khalid Musa holds a bachelor’s degree in 1988 in the Kurdish language and literature and obtained a master’s degree from Salahuddin University in 2000 then he obtained a doctorate in 2007 he rose to the rank of professorship on 20-12-2015 with a long experience in the field of teaching and education The academic exceeded 27 years during which he held many scientific and administrative positions, including the head of the Kurdish language department and head of the Turkish language department and the assistant president of the university for student affairs at the University of Zakho, he participated in many conferences and has a number of research published in various scientific and academic journals, he currently holds the position president of Nowruz University. 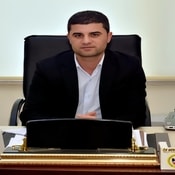 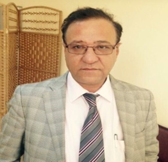 Asst. Prof. Dr. Jalal Hussien Anz: of International Private Law, Bachelor of Science from Alexandria University in Beirut in 1991, and completed a master's degree at the University of Friendship in Moscow in 1995, and in 1998 obtained a doctorate in the same study, was promoted to the rank of Assistant Professor in the academic year (2013) - 2014), serving in the field of education for more than 13 years at the University of Nawroz, through which he held several positions including Rapporteur of the Department of Law and then head of the Department and assumed the position of Dean from 2009 - 2016, is currently a member of the editorial board of the Journal of Nawroz University, and has many Of published scientific research. 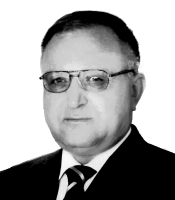 Prof. Dr. Hussein A. Ahmed is Professor in Applied Linguistics. He got his B. A. Degree in Translation from the University of Mosul in 1978, M. A. in Scientific English from the same university in 1981, and Ph. D. in Applied Linguistics from University of Stirling, Scotland, UK in 1990. After 30 years in service at the University of Mosul, Dr. Ahmed joined the Dept. of English, College of Languages, Nawroz University in 2012-2013 as the head of the Dept. for 1 year and as the Dean of the College of Languages for the next 3 years. Dr. Ahmed has attended several training courses in UK, USA and Jordan and many local scientific conferences. He has experience in teaching undergraduate students in Iraq, Libya, Yemen and Syria and in teaching and supervising Iraqi postgraduate students for almost 3 decades. He has already published 1 book and (33) articles in both local and foreign journals, and has efficiently run many courses in IELTS, TOEFL and Proficiency in English. For the time being, Dr. Ahmed is a lecturer at the Dept. of English, College of Languages, Nawroz University and takes over some academic duties as a member of the University’s Central Promotion Committee, The Committee of Awarding the Academic Status, and the Editorial Board of the University Journal.

Asst. Prof. Dr. Muhanad Aziz Mohammed, holds a Bachelor's degree in Economics in 1991 and a master’s degree in 2008 then he obtained a PhD in 2014, participated in many scientific conferences and has much scientific research published inside and outside Iraq, he was promoted to the rank of Assistant Professor in 2019 He is currently Head of the Economics Department, as well as a member of the Editorial Board of the Nowruz University Journal.